And this becomes a problem for all traders of Bitcoin, its stability, too much stability, which we are not used to.

The luck of Bitcoin has always been its great instability, the power to lose or increase in value even by 40% in a single day, or in any case variations of at least 5% per day .... We have also seen the Bitcoin price go down 10% for several days and then go back up, in short, investors were crazy about this situation in which they could profit.

What cannot be profited from is a stable situation, so much so that it looks like a stablecoin, we see the graph below of the last 3 months, we can see how Bitcoin has settled on 9000/9200 dollars without giving signs of moving

Why doesn't the price go up?

We are in a strange situation, on the one hand everyone wants and waits for a bull run, for thehalving that has just been there, so no one wants to sell because if you start off like a rocket you would lose the initial advantage, but on the other hand we have a series of factors:

From this overview it is clear that there are several causes that do not cause the price to rise or fall. Until when one of these occasions does not happen and in any case until September, from that moment and until December we must take stock and see to bring the profits home, as happened in 2018 everyone will wait for the bull run that starts in September and ends in January.

But are we dark that the same thing will happen again this year? Are you sure there will be a bull run?

I have to be honest I don't think it will happen exactly like this, the exact opposite is likely to happen because it is by changing the patterns that the greatest profit is found.

What do you think? 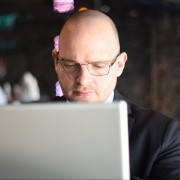 A graduate in Communication Sciences and Techniques, he is CEO of Comunicazione Web SRL and administrator of this news site on cryptocurrencies

The price of Bitcoin towards $ 15 after the US elections

Bitcoin, in 2020 its domain dropped by ten percentage points